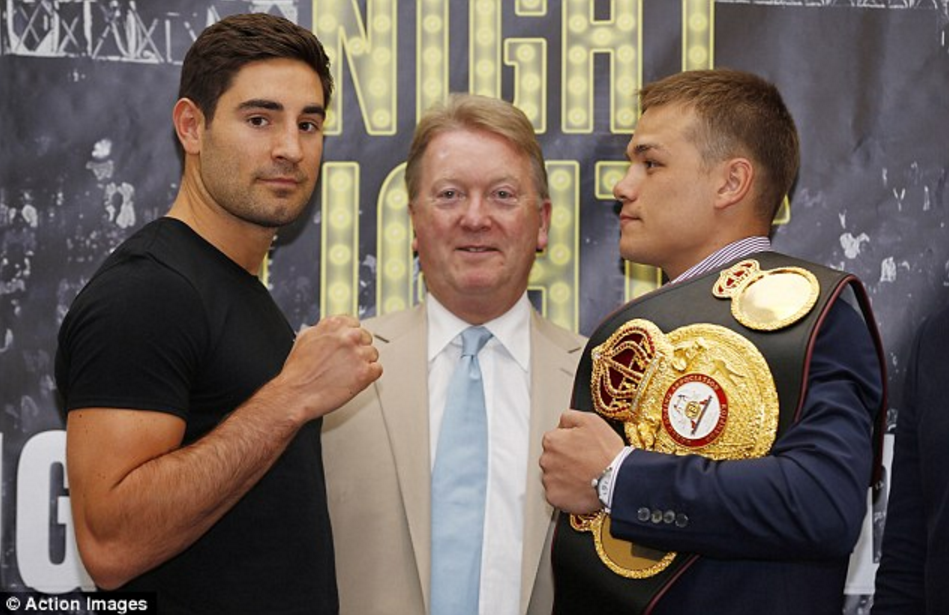 ‘Buglioni lands dream world title shot’ Was the headline once news of Buglioni’s next fight and opponent broke. Buglioni had secured himself a dream chance to fight for the world title.

However, July 24th 2015 was not to be the night Buglioni would face Chudinov for a crack at his WBA Super Middlewight world title. Only two weeks before the date, Fedor Chudinov would withdraw from the contest with a suspected broken nose. (A report/photo of the injury would not appear – a delay tactic used by the champion to let his opponents over train.) – Allegedly!

Buglioni decided to stick to the original date and make use of the option to have a full ‘dress-rehearsal’ in the form of a tune up fight. This could be seen as risky by someone on the outside of Team Wise Guy; Buglioni could sustain an unnecessary cut or injury whilst competing and his world title shot would come to a screeching halt.

However Buglioni and his Trainers, Steve & Paschal Collins were full of confidence and on Buglioni’s form in training camp it was almost a certainty that Buglioni would come away with a devastating and risk-free victory.

The Collins brother’s experience and Buglioni’s form should not of been questioned. It was exactly the demolition job they had wanted. He also picked up the WBA Super-Middleweight International title in the process.

Buglioni’s opponent would arrive in the form of Fernando Castenada, a tough Super Middleweight from Mexico who’s last contest was winning the WBC FECOMBOX Cruiserweight title. Castenada made no attempt to make weight and graced the scales at 175.5lbs, Putting him into the Cruiserweight category for the second time of his career.

Castenada could not land on Buglioni, who used his superior footwork, head movement and defensive manouvers to stay out of harms way. He smashed home his jab and 1,2 combinations from a safe distance and chipped away at his tough Mexican opponent.

After 5 rounds of sustained and systematic punishment Castenada decided to go fro broke, he threw two wild hooks, Buglioni blocked and countered with his own left hook, which clearly shook Castenada. Buglioni then measured him for a thunderous right hook to the head, Castenada slumped to the canvas to be counted out.