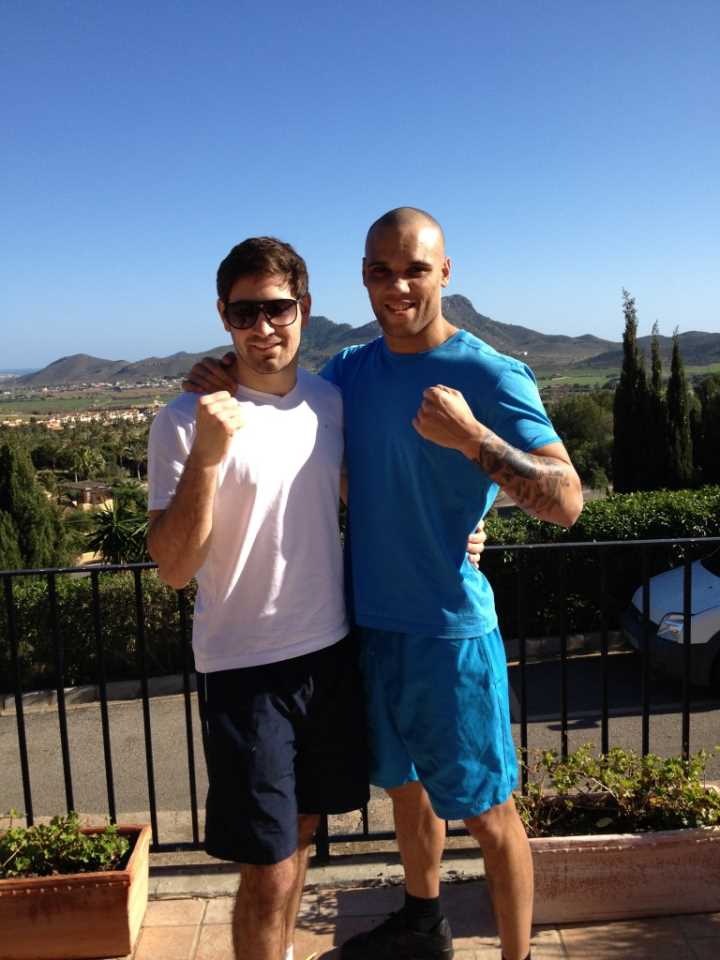 La Manga Club in south-east Spain has been the home of my pre-training camps twice now and the benefits have been fantastic.

The first camp was in early January and the weather was perfect; sunshine, not a cloud in sight and fresh sea air. Myself, Billy Joe Saunders, Simon Vallily, Freddie Turner & Billy Morgan took full advantage of the contrasting weather conditions to which we were used to back home. All told we  clocked up around 20 miles of mountainous runs, many lengths in the pool and plenty of weight lifting in the gym.

The food at La Manga Club was second to none and allowed us to re-fuel and energize for the rigorous training Mark Tibbs had in store for us. We consumed our fair share of fresh pasta at La Manga’s Italian restaurant Luigi’s. Not to mention plenty of Bar 37’s Club Sandwiches at the golf course.

The setting and weather made it easy to train as well as relax in our down time. The importance of rest has always been ingrained in us by Mark & Jimmy Tibbs, who have highlighted that at times when you lack that sharpness it can most probably be linked back to not resting properly. Afternoon naps in the sun made sure we were resting adequately and soaking up some vitamin D.

It’s safe to say we returned back to Canning Town TKO gymnasium in high spirits and with a solid strength & fitness base to work from. We had shaken the Christmas period off, shed some unwanted weight and built back some muscle. Overall a great way to start the new year. Billy Joe Saunders, Billy Morgan & Simon Vallily all won their contests on the 21st of this month in convincing and stylistic fashion. Freddie Turner Boxed in early march and also came away with a convincing points victory in his first fight of the year.

Unfortunately my March 16th fight had been postponed to April 20th. So I decided to use the extra time I had, to re-prepare back out in La Manga. I returned last week to a warm welcome and nice surprise.; I was to become the first Professional Boxer to receive Ambassador status, making me an official partner of the La Manga Club.

It was an honor and a privilege to become an ambassador for such a high-end sporting/leisure destination such as the La Manga Club. I would be training alongside some of the worlds best Golfers, Footballers and sports teams.

I spent five days out there this time, again enjoying the warm climate whilst I undertook some hard mountain runs alongside gym manager and top mountain runner Jesus Martinez. I was also put through some tough Tibbs gym workouts. It wasn’t all work and no play though, I did some more rounds, this time on La Manga’s world class golf courses. I won’t mention my score however!

All in all another great camp, my mind was re-focused for April the 20th and my body was in the best shape of my career.