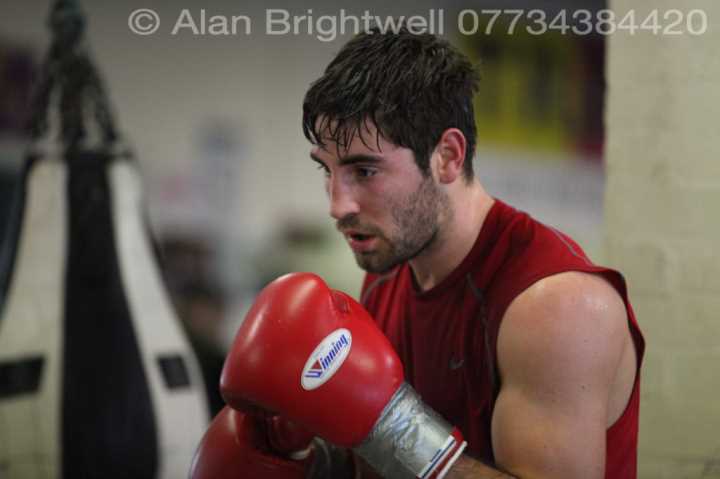 Buglioni: Thinking outside of the box, fighting inside it.

Four weeks today Frank ‘Wise Guy’ Buglioni will return to Wembley Arena, the prestigious London venue home to his explosive debut just 15 months ago. Since then the Team Buglioni momentum has been unstoppable, 7 impressive wins, 5 of which were knock outs and a bigger following than ever before; less of a ‘team’ Buglioni and more of a Buglioni army.

Tough yet essential preparations for the the Wembley showdown on March 16th are well underway, with the Wise Guy looking in the shape and form of his career so far. The heavy handed Londoner will need to be, as a return to Wembley brings with it Buglioni’s eighth fight and his first eight round contest. A new challenge in itself, the eight rounds signify a new era for the British boxer and if nothing else, show just how far Buglioni has come since he was last in North-West London.

Outside of the ring, Frank’s calm manner belies someone that had sold all of his five hundred ticket allocation (and more!) in just one week. Humbled by his support and always grateful to his fans, Buglioni’s following shows no signs of dwindling and rather than feeling the pressure of such support, the Wise Guy uses it as motivation to fuel his drive and dedication to the tough sport.

Never before has Buglioni been so focused on his future, at 23 the decision to go full time denotes courage and passion for the sport. It shows that the years of hard graft, early mornings and thousands of sparring rounds with every level of opponent have all been worth it. More than ever this fight signifies a new journey for Buglioni and it’s a journey that people, both inside and outside of the boxing community, will be following with the greatest expectations.