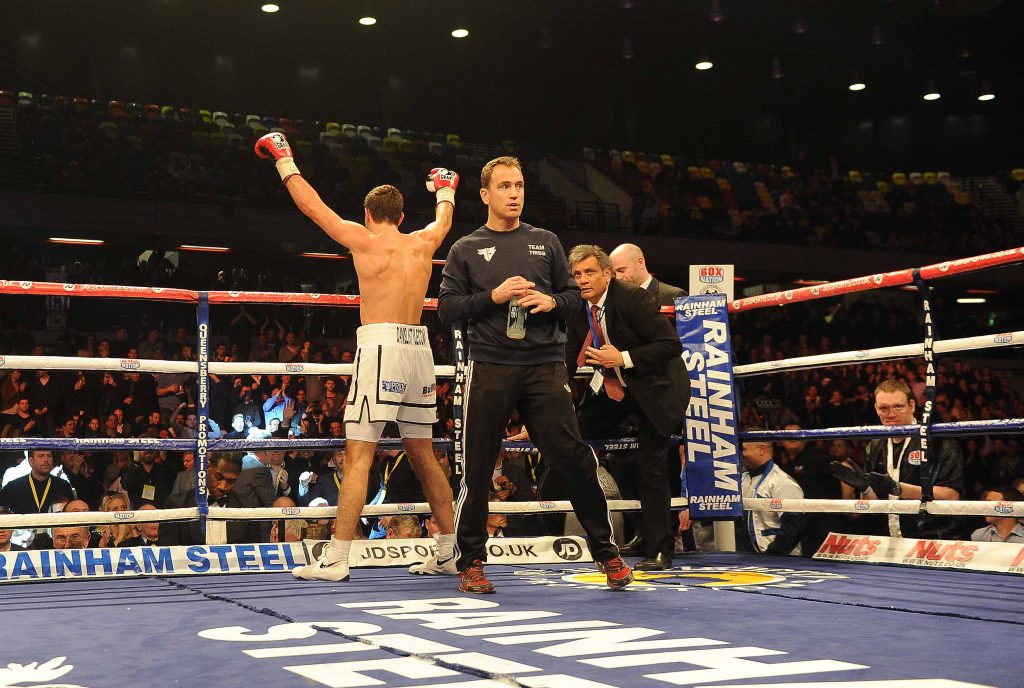 Attack is the best form of defence…

Attack is the best form of defence… A preview of April 12th by Matthew Collett.

Some say that winning a title is only half the battle, that a fighters true mental is measured when called upon to defend their honours; if this is the case, then we are definitely about to find out exactly what Buglioni is made of. With one comprehensive defence already signed off in true Wise Guy style the next defence against Sergey Khomitsky is a huge step up from the gutsy Nespro.

The Belarusian travels not to become another statistic on Buglioni’s impressive record sheet, but with every intention of disrupting this young talents career. A steadfast fighter who has seriously tested the likes of Murray, Golovkin, Ryan Rhodes and stopped Jamie Moore during this career, make no mistake in thinking that this is an opponent with any other priority than to win, and win well…

…the only problem we can see with that, is that he happens to be fighting one of boxings most promising young punchers. At 24, Buglioni demonstrates ring craft well beyond his years, educated attacks and precise counters have become somewhat of a signature style of the Londoner. In his earlier fights, it would be fair to say that he was too keen to impress, looking for that one elusive knockout punch – not to say he wasn’t finding it of course, as his record shows – but now Buglioni boxes with the patience of an older fighter, utilising a vast array of combinations from behind an impressive jab. Gratitude to his trainer and mentor Mark Tibbs.

Quite literally, attack will certainly be Buglioni’s best form of defence, as although his head movement, distancing and overall ability to not get hit is ultimately improving; his true and natural strength lies in combining his devastating punch power and fast hands, and it is this power and speed that – given the high calibre of his opponent – will most likely lead to what could be one of the most explosive fights of his career to date. Of course, all of the above is compounded by the added gravitas that comes with headlining a world class bill in an internationally renowned arena; a nod from a very pleased promoter and an early sign of things to come.

Buglioni has compiled some impressive names with his sparring partners leading up to this fight, including hard hitting Light Heavyweight/Cruiserweight Ovil Mckenzie who in a twist of fate will now feature on the same night as Buglioni against Tony Conquest. Buglioni was also rumoured to of worked closely with tough and super fit Middleweight Nick Blackwell. No stone un-turned the catchphrase of Mark Tibbs certainly reflects upon the dedicated and gruelling training regime put in place this time round.

The Wise Guy’s last time out was, without a doubt, his most complete performance to date and thus his critics will be expecting big things from the explosive Buglioni and with all that’s been said, you can’t help but feel that the stage has been set for a truly world class performance – a performance that those who have followed Buglioni’s career to date will know that he is more than capable of.