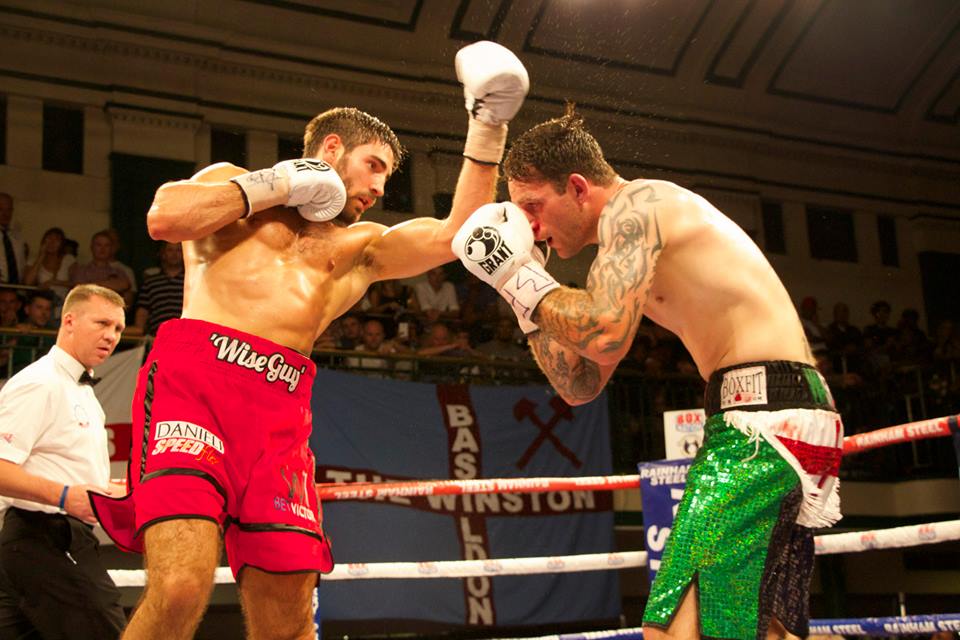 Buglioni makes his last scheduled 6 round contest at the Excel arena, the venue of the London Olympic boxing. With him Buglioni brings his largest crowd yet, over 600 supporters. Buglioni enters the ring to his custom seven nation army blaring across the arena. The attire this time, all black shorts a contrast to his usual blue or white.

Buglioni walks onto a Healey back hand but the shot does little to defer Buglioni’s forward pressure. A solid opening round from Buglioni.

Into the second Buglioni ups the gears and puts together some slick combinations at pace. Healey seems to be struggling to keep up with the frantic pace and suffers more crunching body shots.

After going to the body on a few occasions Buglioni switches to the head of Healey and lands a sharp left hook, Healey takes a knee after his balance is scrambled. Buglioni again pushes the pace and forces Healey to look for clinches and smother the clean work of the Wise Guy.

The Irishman makes it to his corner at the end of the second, but after taking too much punishment Healeys team decide to not let him out for anymore of the same. Buglioni wins his 7th fight to the delight of his huge crowd.
Report by Mr Giordano Bishop