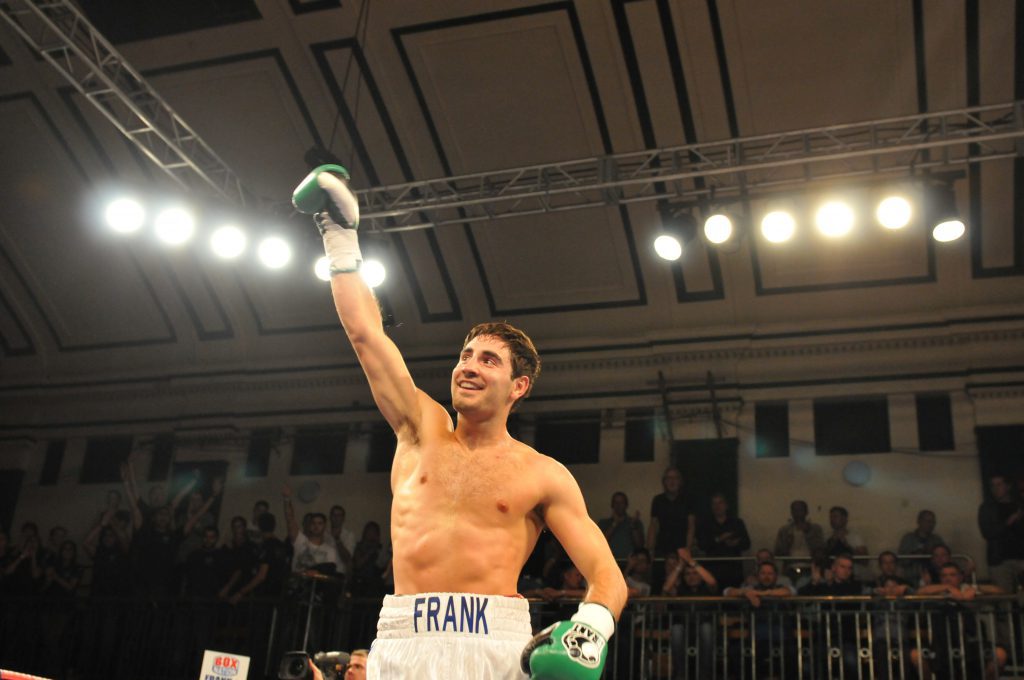 Buglioni up against the experienced fighter in Joe Rea this time round, Rea the switch hitting Irishman comes in with a 50/50 record of 8 wins equalled with 8 losses. A natural middleweight rather than super middleweight it would be fair to say.

Buglioni starts fast, using his greater size and stature to hold the centre of the ring and push Rea onto the ropes with bullying jabs and one, twos. Buglioni seems lighter on his toes this time round and effectively moves in and out of distance to avoid any shots from Rea.

After scoring with some spiteful jabs, Buglioni forces Rea to retreat and follows up with a vicious combination and heavy clubbing right hands around the side of Rea’s head.
Clearly troubled by Buglioni’s power Rea increases his footwork in a bid to stay out of danger, Buglioni however cuts off the ring well, pins Rea onto the ropes and lands a heavy right hand and subsequently dropping his opponent.

Rea makes it to his feet under the 8 count and continues, only to be caught with another right hand left hook combination that puts him down for a second time inside the first round. Again Rea’s resilience shines through and he makes it to his feet and back to his corner for the end of the round.

Buglioni begins the second as he left off, sharp jabs pushing Rea onto the back foot once more and moving nicely in and out of range to avoid any of Rea’s punches. Half way through the second Buglioni connects with 3 successive right hands; straight right, right uppercut, straight right. The third of the rights connecting on Rea’s chin and forcing him once more to the canvas, leaving the referee no choice but to stop the contest and declare Buglioni the victory with a 2nd round TKO.

Notable mention: The Made in Chelsea stars, Spencer Matthews and Louise Thompson could be seen celebrating amongst the Team Buglioni fans who were back in full force and very much enjoying the whole of the York Hall balcony.