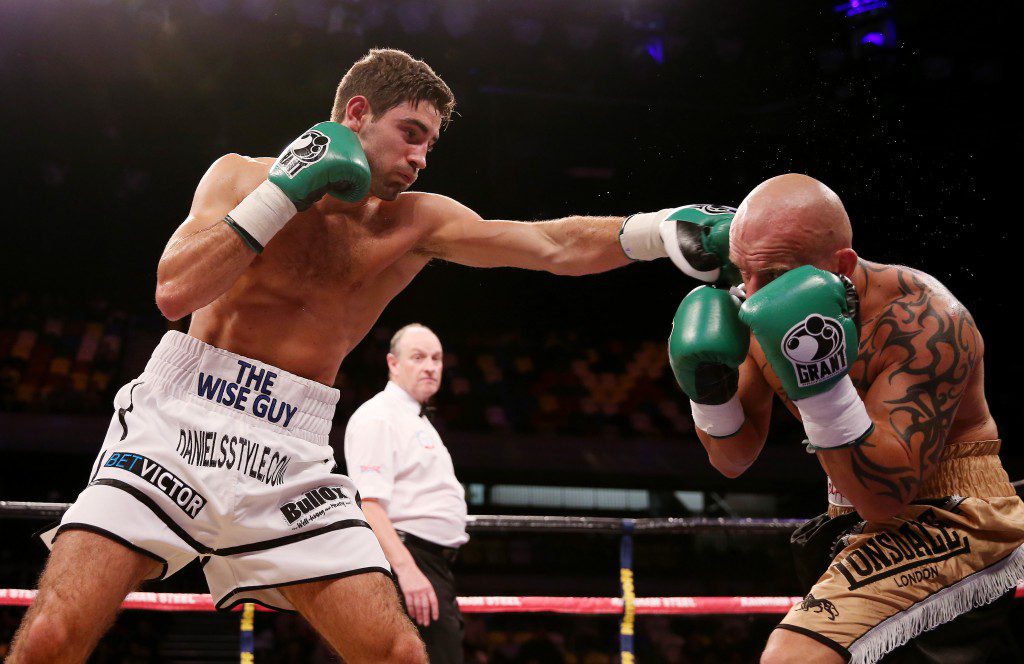 Buglioni’s first fight at the Copper Box Arena, his first scheduled 10 rounds. Off the back of a solid point’s victory last time out, Buglioni had stated he was going to be more patient and learn from mistakes he had made against Psonko, the opponent who had taken him the furthest distance in his pro career to date. What we saw this time out was a calculated, clinical and vicious performance from Frank.

Facing the experienced Brunislav Kubin, with a respectable record including 16 wins and 9 ko’s to his name, Buglioni was expected as usual to win the contest but to get some rounds under his belt as he moves up to championship level.

However Buglioni had other ideas, from the opening bell he stalked his man with ferocious intent, cutting off the ring well but maintaining his distance with superior footwork and a spiteful jab, content to control the opener with his left lead, Buglioni sought to find a couple of sharp left hook counters as Kubin lunged to land his shots. A clear first round for Buglioni, who looked much improved from his previous performance.

The second round saw much of the same, Kubin unable to close the distance and becoming irritated and desperate with Buglioni throwing solid straights from the outside and setting himself for nice right hand left hook combinations.

Buglioni lands with a powerful straight right to the temple of Kubin that seems to send shockwaves through the Czech’s body. Kubin remains on his feet and circles the outside of the ring, once more however Kubin lunges with a jab. Buglioni takes full advantage of Kubin’s mistake and times a crisp right hand over the top of his lazy left lead. Kubin crashes to the canvas and fails to beat the count, handing Buglioni another dominating Victory and TKO in the second round.